'Tis the Season for Retailers to Spend More on Search Marketing

[vc_row][vc_column][vc_column_text]According to data recently released from The Search Monitor, November is not the time for retail advertisers to be stingy with their search budget.
The Search Monitor’s ad intelligence platform monitors online ad campaigns and how much advertisers spend on AdWords for both desktop and mobile text ads. When the company turned its attention to retail advertisers (that is, advertisers bidding on keywords such as apparel, gifts, flowers, jewelry, toys, kitchen, and sports), they uncovered an eye-opening pattern in monthly spend during 2014. 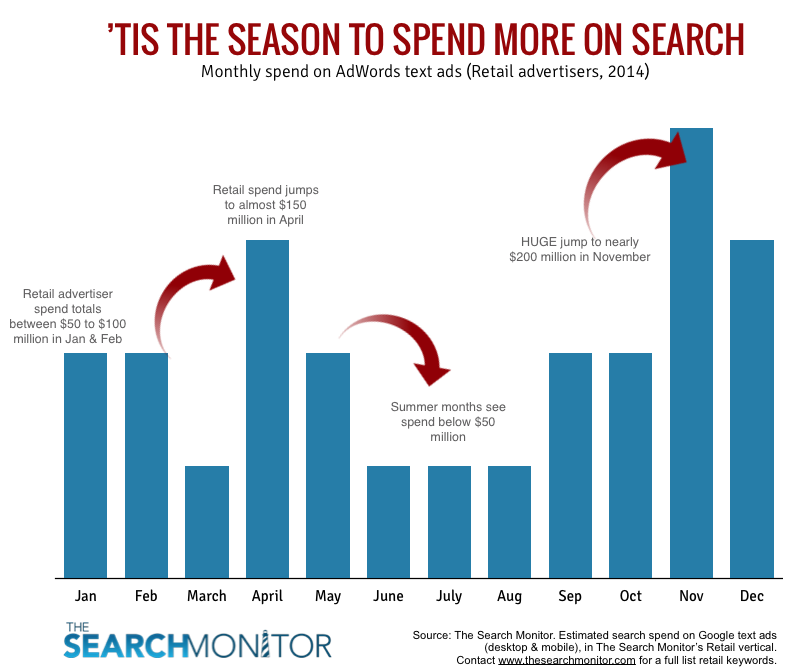 The ad spend roller-coaster in 2014

Ad spend was on a wild roller-coaster ride in 2014.
The ride began in January and February, when retailers spent between $50 and $100 million on Google’s text ads on laptops and mobile devices. The strong start is no surprise to advertisers since these months are jam-packed with after Christmas and New Years sales, holiday returns, and a few three-day holiday weekends as well.
After a dip in March (not much shopping activity happening around St. Paddy’s Day), we saw aggregate spend data jump to almost $150 million during April. The April spike was definitely a surprise since the month only has one major shopping holiday, Easter.
In May, advertisers returned their spend back to January and February’s levels in order to support the month’s two popular shopping holidays: Mother’s Day and Memorial Day. After May, however, we see the usual summer-time lull as consumers spend more time outdoors and away from their laptops. This spending lull happens in spite of three major shopping events during the summer: Father’s Day, Fourth of July, and Back-to-School.
September was the beginning of a four-month upswing in AdWords spending, where spend levels through October returned to the levels seen at the start of the year.
Enter the month of November 2014, the month that all of Google’s shareholders can’t wait for each year. Retail advertisers loosened their purse strings and dramatically increased their ad spend, to nearly $200 million. This gigantic spend increase did dip a bit in December, down to around $150 million, as e-retailers pulled back their budgets around the 20th of the month when it became too late to ship gifts before Christmas.

So what’s it all mean for your PPC budget?

This data should be prompting the following three questions as you tweak your ad spend for the remainder of 2015:

When it comes to your AdWords budget, it’s not always how much you spend, but how it compares to your industry and competitors. Ad spend is one of the best measures of your voice in the market place. And the 2014 data shows that November and December are the months to speak as loudly as possible if you want holiday shoppers to hear you.[/vc_column_text][/vc_column][/vc_row] 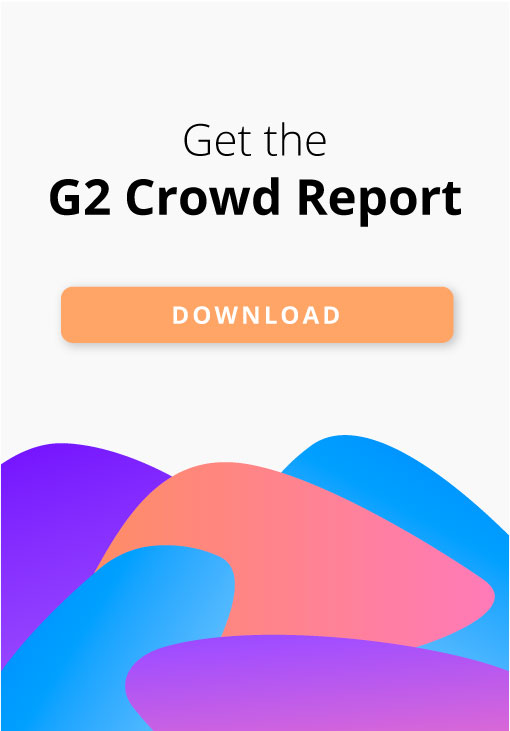